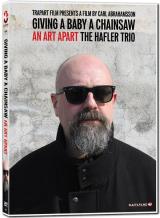 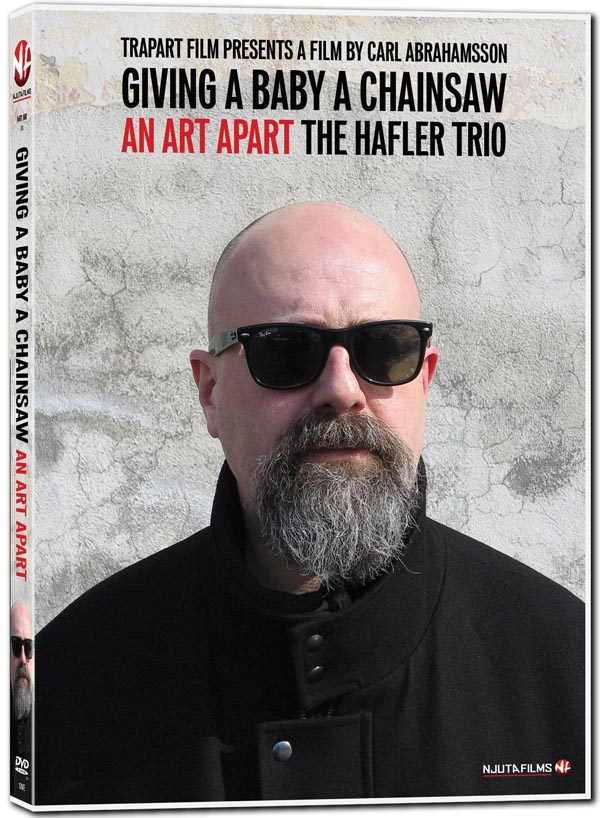 The Hafler Trio – Giving a baby a chainsaw (DVD/VoD)

.
British artist Andrew M. McKenzie was born in the UK in 1963. As a teenager at the epicentre of punk culture in the late 1970s, he brought his budding interest in art and sound together in a project that would have nothing to do with frustrated rock’n’roll or political sloganeering. The project, called ”The Hafler Trio”, bloomed in the early 1980s as a platform for McKenzie’s groundbreaking explorations of sound, music and esoteric spirituality. The project as such still exists some 30 years later on and has gone through many different phases and collaborations, often based on impressions of the locations where he’s lived, like the Netherlands, Iceland, Denmark, Estonia and, most recently, Latvia.

In the early 1980s, writer William Burroughs and painter Brion Gysin were enthusiastically revived and revered by a new generation of artists not only inspired by a romanticized Beatnik lifestyle but also by the magical theories behind the experimental writing and art. The symposium The Final Academy in London in 1982 showcased these gentlemen in an apprehensive environment that in many ways acted as a springboard for pushing their ideas onwards. For Andrew McKenzie, meeting these icons led to his developing a do-it-yourself Dreamachine kit in collaboration with Gysin and others.

In the mid-2000s, McKenzie developed a concept called ”Complementary Education” or ”Complemation”. Integrating composition, recording and performing with hypnosis and efficiency techniques in a group setting, he has successfully organised several of these events or workshops in different countries. Instead of working with these separate fields of interest, he has merged them and invited others to join in. The resulting pieces of music from each session are used later on as fundamental building blocks in future workshops. Thereby creating, in theory at least, an endless piece of music.